The Thrombosis Research Institute is a world leader in bringing new solutions to patients for the detection, prevention and treatment of blood clots. Our programme of research was first established in the 1960s and since then our work has changed the lives of those at risk of thrombosis through the use heparin for its prevention, and the pioneering use of the low molecular weight heparins. Today we remain one of the few academic research institutes solely devoted to working in thrombosis, with a network of more than 2,500 research centres in around 40 countries.

The pioneering programme of research now recognisable as TRI was established. It delivered breakthrough solutions in thrombosis which have saved millions of lives and this innovation continues today, across medical disciplines and around the world.

TRI was established as an independant institute, with the backing of the then Prime Minister, Margaret Thatcher, specifically to conduct research into thrombosis, a major cause of death and disability throughout the world.

TRI is now acknowledged as a leader in clinical research and real-world evidence, bringing the quality of data and rigour of clinical trials to real-world studies, and shaping the design of new registries. 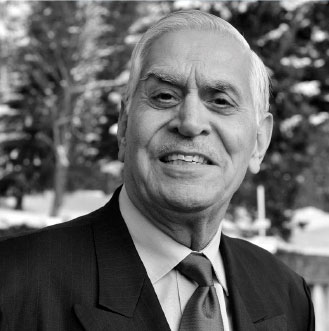 He was the recipient of a number of distinctions and awards including:

A Hunterian Professorship from the Royal College of Surgeons, the Gunnar Bayer Memorial Lecture, the David Patey Prize of the Surgical Society of Great Britain and Ireland, Visiting Professor of Harvard University, the James Finalyson Memorial Lecture, the Cross Memorial Lecture, the Wright-Schultz award from the International Society of Thrombosis and Haemostasis for original and outstanding contribution in Thrombosis Research, the Freyer Memorial Lecture, Hon Fellowships of the Academy of Medicine in Singapore and the Association of Surgeons of India, a lifetime achievement award from the International Union of Angiology for outstanding leadership in the investigation of thrombotic disorders and an annual award for medicine from the Guild of British Asians for outstanding contribution by Asian doctors to British medicine.

On his retirement from the University in 1997, he was awarded the title of Emeritus Professor of the University of London. His publications include over 680 original articles, six books and contributions to 44 text books.

TRI has its own independent clinical research and development facility and is well known for excellent collaboration with leading research institutions and universities in the UK and around the world. We have access to the very best international researchers and research programmes through this wide range of partnerships. The institute’s research programmes also benefit from a well-established network of some 2,500 research sites in around 40 countries. They are central to the registries and observational studies that are conducted under the auspices of TRI, and are led by scientific steering committees and national coordinating councils comprising some of the best experts in thrombosis from around the world. 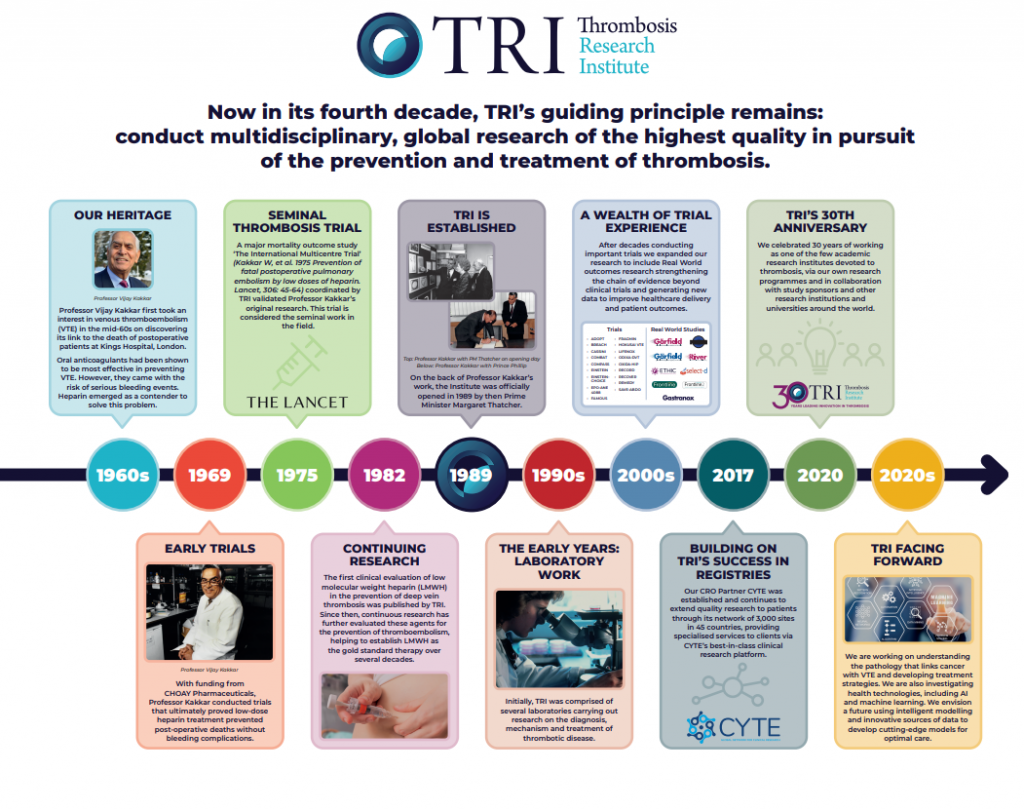